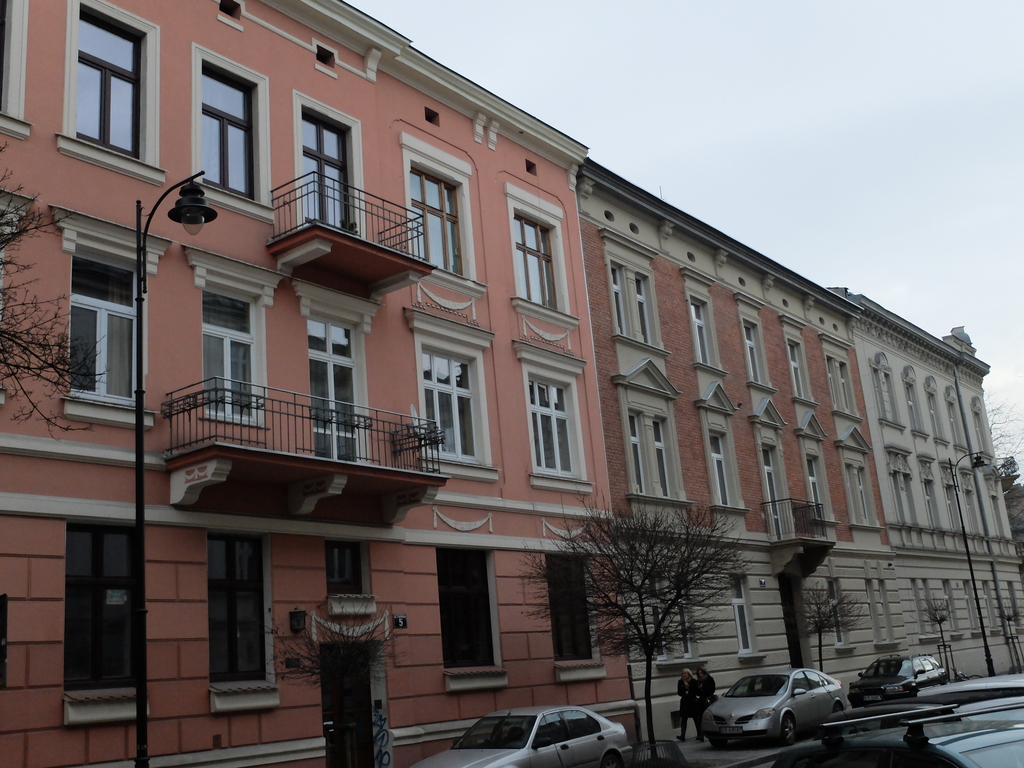 Spacious flat near the Wawel Royal Castle and Market Square (Rynek) in Krakow.

I'm offering a comfortable, spacious two-room flat in the very heart of Krakow. It is a 75 square metres apartment, located within the old town, on the second floor of a quiet building. The royal castle (Wawel) can be seen directly from its windows.
Available year round, unless already booked.
The apartment is fully equipped, with a very large kitchen and one bathroom.There is a washing machine in the bathroom. The master bedroom has a king size bed. The other room is equipped with two single beds. There is plenty of room for a baby-bed or extra mattresses. WiFi available.
Location:
- 3-4 minutes by foot to the Vistula river bank,
- 5 minutes by foot to the WawelRoyalCastle,
- 6-7 minutes by foot to the Market Square (Rynek),
- 800 metres from train station a d long-distance bus terminal (3 tram stops),
- underground car park with lower prices in the winter season right next to the building,
- nearby cafe, bakery, barber’s and fruit/veg shop.
We are open to exchange proposals. We’ll be happy to show around our beautiful city.
We speak English.
Our city and around
Krakow is Poland’s cultural heart and centre. There are numerous cultural events, especially in the summer season, attracting millions of tourists each year. For four centuries Krakow was the seat of Poland’s kings and one of Europe’s most important cultural and political centres.
It’s uncountable attractions include: Europe’s largest medieval Market Square, Wawel Royal Castle, one of the World’s eldest universities, the Jewish quarters in Kazimierz, now buzzing with nightlife, linked to Poland’s history Kosciuszko’s and Krak’s mounts with spectacular views of the city.
Around the city:
Wieliczka – World’s oldest operational salt-mine with incredible interior carvings and the famous St Kinga’s chapel.
OjcowNational Park – amazing hikes among hills and romantic ruins of medieval castles, also worth visiting for its caves.
Zakopane – right at the foot of the Tatra Mountains, the capital of one of Poland’s most colourful folks, called Gorale (the Highlanders). Great for day-long mountain hikes.
Auswitz – a relic of Europe’s darkest era, a Nazi concentration camp build by Germans during WWII.
And many more...
We have relevant maps and guides.

What we are looking for
We’d like to exchange for a sea-side or lake-side cottage, as well as a flat in an interesting city. Preferably Naples, Rome, Milan, Berlin or Vienna, Lizbona.

This member has completed 4 successful exchanges. Here are some members that he exchanged with in the past: