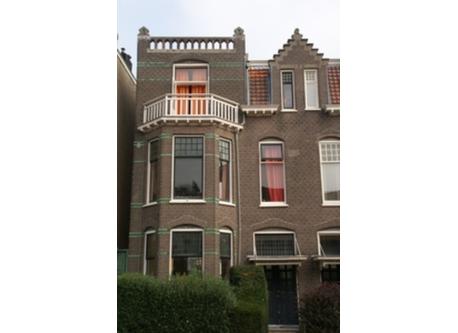 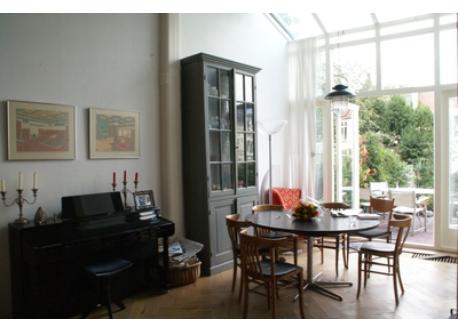 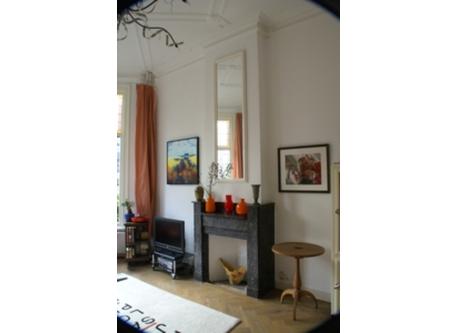 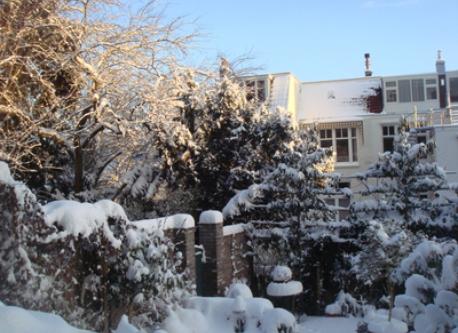 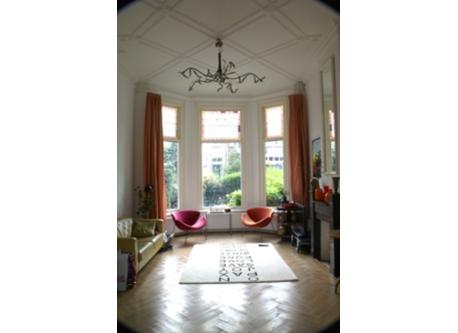 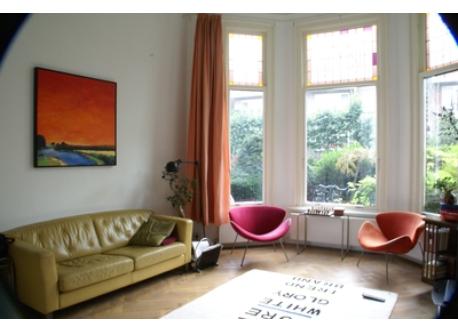 A spacious,  beautifull 1908 built house in the center of Arnhem, the well known city from the battle of Arnhem ('one bridge to far') in 1944. Our house is only half an hour  away from the so called Randstad with the big Dutch cities. Such as Amsterdam, Rotterdam, Utrecht and The Hague! It's also nearby the German border and some big German cities such as Dusseldorf and Duisburg...
This very comfortable house has a large living / dining room on the first floor  as well as a well equiped kitchen, with a Falcon stove. On the second floor you will find the master bedroom, a study, a small guest room and a bathroom. The second floor is "the girls area" with two bedrooms and a bathroom as well.
It has two sunny gardens. The nearby park,  a 1 min. walk, has a lot of summer activities at daytime as well as in the evening.
There are several super markets, bakerys and a fine whine shop within walking distance.
Within a 5 minutes walk you are in the city centre with beautifull shops, nice restaurants and bars. Cinemas and a twice a week market. Arnhem is also known as the number one fashion city of the Netherlands. Of course the city has a board-walk along the river Rhine with nice restaurants.
Arnhem also has many museums, the famous open Air Museum shows the netherlands in her earlier years. The airbornmuseum nearby Oosterbeek (the battle of Arnhem)
In 5 minutes you find the train station which brings you in 1 or 1 1/2 hour (55 miles or 70 miles) to our biggest cities: Amsterdam, Rotterdam and Den Haag.
There are a lot of elder dutch cities in this part of the Netherlands: Deventer, Zutphen, and of course Nijmegen which is the oldest dutch city with remains of the Roman Times. These cities are known for their architectual buildings.
This part of the Netherlands shows some typicaly dutch landscapes. It has the riverarea (Rhine  at Arnhem and the river Waal at Nijmegen). Nearby is the biggest Dutch National Park: de Hoge Veluwe with the famous Kröller Muller Museum. There are woods nearby and also the large heathlands.
We have a  sweet red-haired cat who only needs little attention.