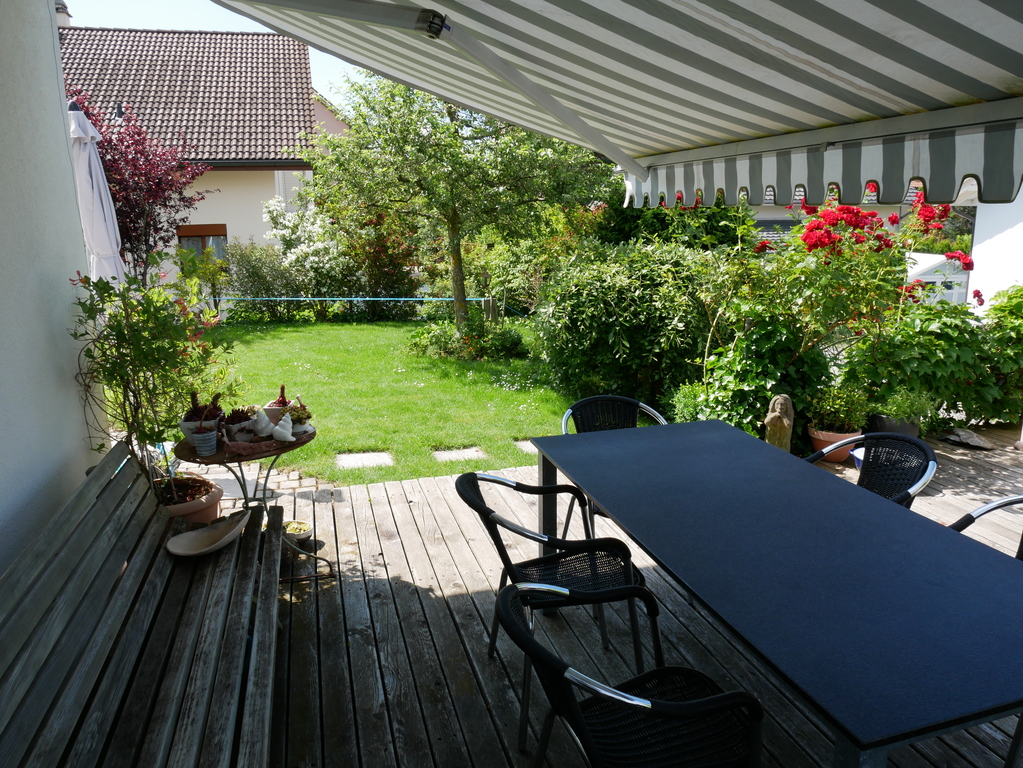 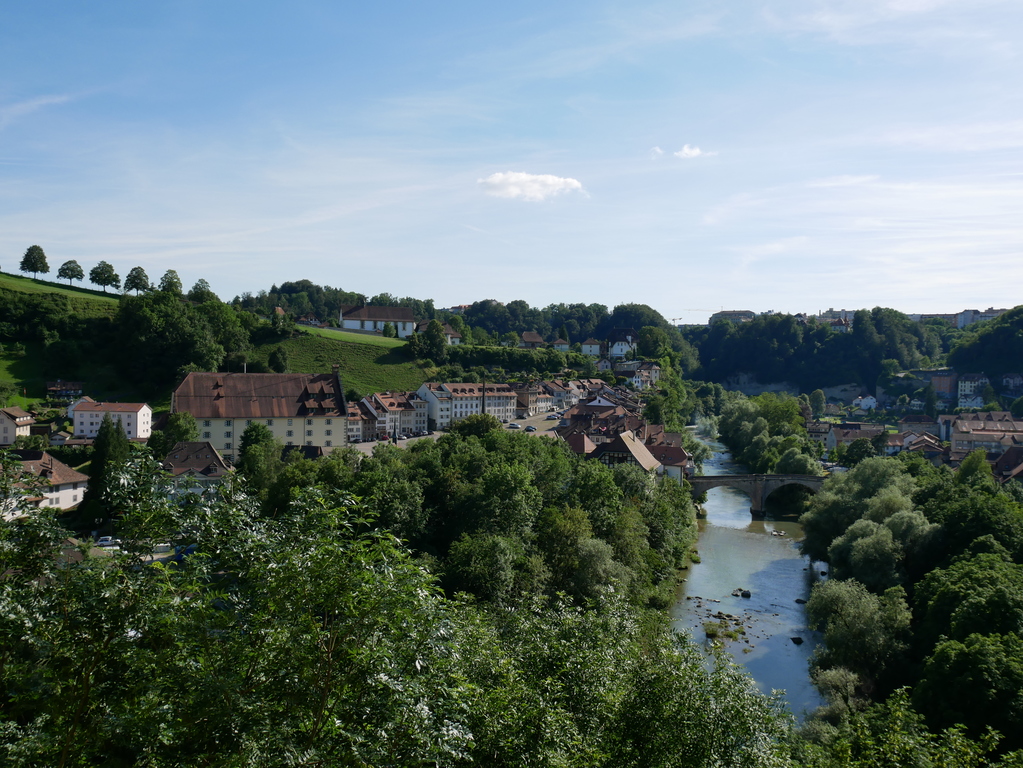 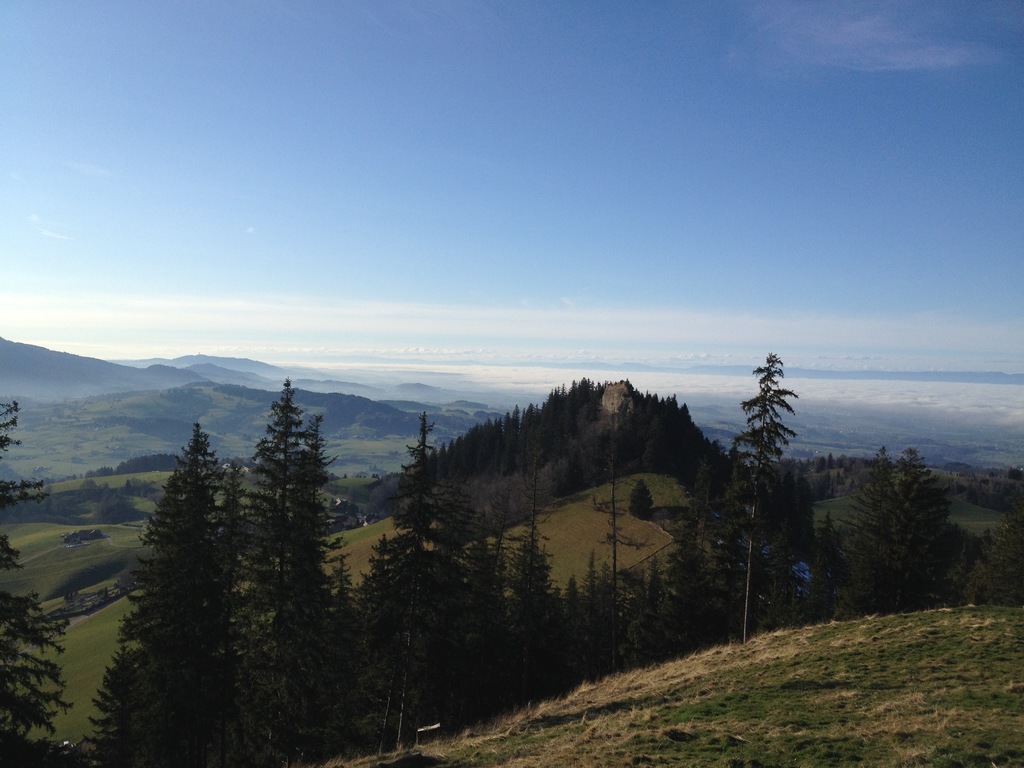 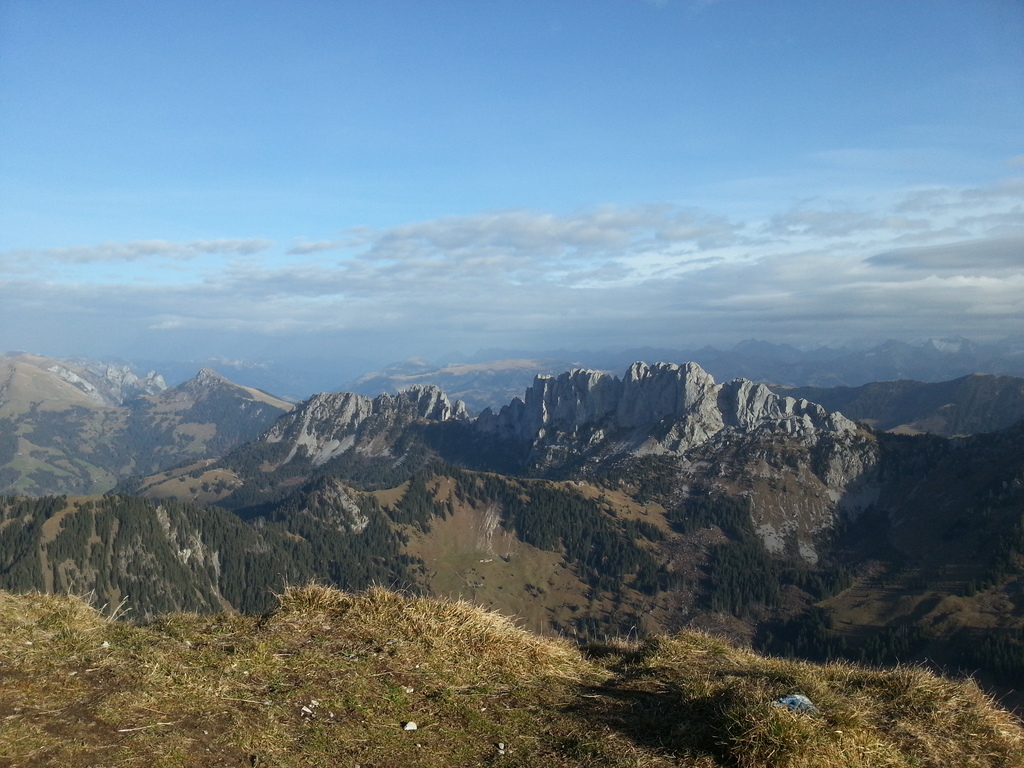 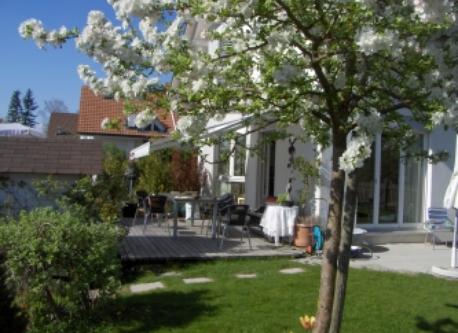 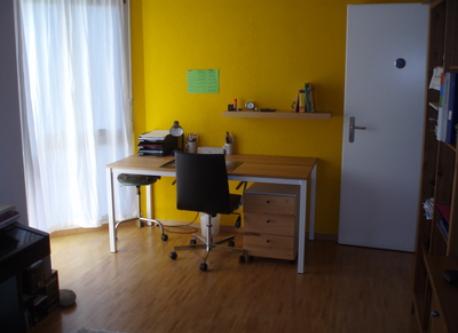 Let us present our family. Myriam (58) is a teacher and André (63) is a physical education teacher. We have two children, Jann (27) and Milena (24).
We live in a "twofamilyhouse" built in 1996. In the basement there is a laundry room and a guest room with one sleeping possibility. On the first floor we have a living room with dining room and the kitchen all in open space. Beside that there is a bath room with shower. On the upper floor you will find three rooms : one double bed room, two children sleeping and studying rooms. There is another bathroom with a bathtub. Under the roof there is a room for playing and relaxing and one more sleeping possibility.

We live on a hill called "Schönberg" in the city of Fribourg in a quiet surrounding next to the countryside. We have a garden with table tennis, hammock and a barbecue. We have also 2 garages and 4 bikes. The house is just at the end of a one-way street, so the children can play very safely (inline, bikes etc). The neighbourhood is quiet and our house is convenient for the everyday shopping ( 8 minutes walk to the next supermarket). The bus (busstop at 150m) takes you every few minutes in 10 minutes to the center of Fribourg. You can also walk down in 20 minutes. walking back is a bit harder since it is all up hill.

Fribourg http://www.fribourgtourism.ch/  (35 000 inhabitants) is the capital of the canton of Fribourg. It's a cosy town with pedestrian streets, cafe's and open air markets and many cultural possibilities. Fribourg is situated at the heart of Switzerland. built up 1157 on a steep cliff overhanging the sarine river and dominated by the imposing tower of St. Nicholas cathedral, Fribourg's old town is one of the largest units of medieval architecture preserved in europe today. Close to Fribourg you can visit easily by train or car picturesque medieval towns: for example Murten with the lake and of course Bern (30km), the capital of Switzerland. Fribourg is right at the language border so both languages (German and French) are spoken here. Usually in shops people will speak to you in French first but we personally are a German speaking family.

From our house you can explore the countryside on foot or by bike. Passing forests, hills, small or steep valleys and meadows, you will come across superbly peaceful scenery and villages. Fribourg is situated at the foot of the prealps, wich means that you can reach in 20 minutes different recreational areas in the mountains with the real swiss ambiance.

Fribourg and our home is easily accessible by car or train. The nearest airports are Geneva, Zürich or Basel.
Our home is located in a quit area, but close to the town and the countryside